Going from debt to building wealth: Your way to a richer future

There’s no magic in becoming financially fit. But Credit Simple’s Four Pillars of Wealth approach can help you get there. Going from debt to building wealth is easier than you might think. We guarantee there are people around you earning no more than you do who are well on their way to wealth. Here’s how to become one of them:

Do you know your needs from your wants? It’s only you who suffers if you’re not honest with yourself. Start by kicking the porkies we all tell ourselves into touch. Do you find yourself saying: “I need it” when in fact you ‘want’ it. You don’t need it.

The first step to escaping the ‘needs’ versus ‘wants’ trap is to keep diary for a month and list every last cent you spend. Expect to be shocked when you analyse this diary. Most of us have no idea how much moolah we fritter away. While you’re in honest mode take a long hard look at your supermarket receipts. You’ll probably find that half of what’s in your trolley is a want, not a need.

By spending less you’re becoming richer. You can supercharge this by earning more.

Never say never. There are many ways to earn more. You can ask for a pay rise, get a promotion, find a new job, or moonlight. Make sure that you have a written career plan and you’re ticking off milestones to the next step up the rung that you can grow into.

If there really honestly isn’t any extra to be made at work, look for ways to make money on the side. That could be anything from selling stuff on TradeMe to babysitting or starting a part-time business from home.

When you get that extra money don’t let spending creep swallow your extra earnings. Make sure you bank a good chunk of your pay rise to benefit none other than your future self.

Carrying a balance is normal right? Well, no, not really …

But paying off the debt requires a plan. That’s probably to pay off those with the highest interest first. Some people, however, choose to clear the debts that give them biggest psychological boost to dispose of. Celebrate when you hit milestones in your journey to becoming debt free.

Shocking as it may sound, some people still wait until they have the money to buy what they want. If you can retrain your brain and think like this your debt will disappear a whole lot faster.

Pillar four: save and invest

Once you’ve freed up some spare cash and paid off your debt it time to start saving.

Don’t just leave your money in the bank. Good investments such as KiwiSaver, property, shares/managed funds, and bonds grow faster than inflation. According to the Morningstar, the average balanced KiwiSaver fund grew by 8.6 per cent in the five years from 2011 to 2016. That’s way higher than inflation even when pesky KiwiSaver fees are taken into account.

Providing you’re sensible, spread your risks and hold your investments for the long term, your money will buy far more for you in retirement than it could now.

At Credit Simple we know you can get ahead. But don’t chew off too much at once. Work your way through the four pillars one step at a time. Habits take time to change, but you can do it. 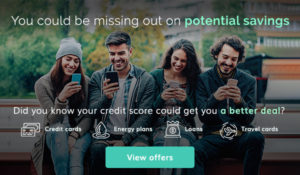 All stories by: Credit Simple
How to turn your New Year’s resolutions into results!
Increase your savings with these three tips.